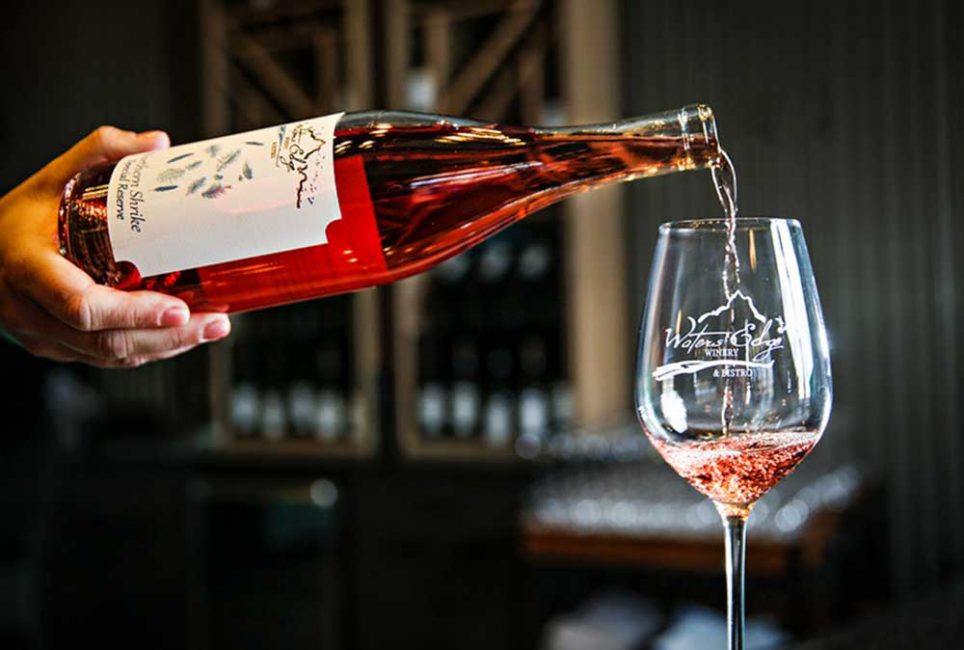 In a part of the country that’s known for its long, cold and dark winters and short summers, Montana isn’t exactly conducive for grape growing, which typically thrives in the Pacific Northwest.

Art transitioned from a career in technology to the wonderful world of wine in 2013 allowing him to pursue his passion for delicious food and flavorful wine. This desire arose at an early age since he had the opportunity to travel across the world alongside his father who was a Naval aviator. Throughout his career, he has spent seven years managing wineries throughout Temecula Valley and achieved his Level II Sommelier Certification. Art joined Waters Edge Wineries in 2020 intending to educate communities across the country on wine knowledge, etiquette, and business.

Art grew up in California and had the privilege of attending the United States Naval Academy as well as California State University – San Marcos. He has two dogs, Roman and Remi, and he enjoys traveling with as well as cooking for his wife, camping and snowboarding during his free time.

I am native to the So Cal area. My 20 years of accounting/admin experience has taken me to Los Angeles to work for a Dr’s practice, and a private jet charter company, as well as working for an award winning landscape designer in Orange County. Each company has provided me with a valuable behind the scenes insight of their privately owned companies. I am proud to have provided support for such unique, evolving, and talented organizations. I am using my years of accumulated skills, in my role at Waters Edge Wineries.

I enjoy spending time with my family of 5 and our dog Lucy an Australian Labradoodle. Watching movies with my kids. And have a great love of listening to many different genres of music.

After spending nearly 20 years in sales and marketing with a large software company, Ken co-founded The Wine Tailor in Rancho Cucamonga along with his wife Angela in 2004. He saw an opportunity to take the best of what he had experienced in the corporate world to a small business model. He envisioned building a template that could be replicated in other venues across the United States.

With the model perfected, Ken created Waters Edge Wineries as the franchise brand in 2012 and began selling winery franchises nationwide. He heads up our sales efforts to help bring the right people into our system and the visionary to grow our model significantly over the next several years.

Ken grew up in Orange County, California and graduated from Chapman University in 1987 with a degree in Computer Information Systems and Business Administration. He has served on the Board of Directors for Foothill Family Shelter and also served on the Board of Governors at Chapman. Ken currently serves on the board of directors for Community Baptist Church and Big Brothers Big Sisters of the Inland Empire. Ken has been married to Angela for 29 years and they have one daughter. He enjoys wine (you’re not surprised, are you?), spending time with his family, and flying airplanes. He and Angela have 3 dogs of their own, plus they foster homeless dogs for a local rescue group.

Early in his sales career he adopted a saying from Zig Ziglar – “You can have everything in life you want, if you will just help enough other people get what they want.” This has been the way he’s built the business from the ground up – with guests, employees, and ultimately, with his franchisees.

Adriana grew up in the LA and Inland Empire areas. Adriana graduated from Brooks College at long Beach with an Associates of Arts degree in fashion design. Adriana has been in the customer service workforce for over 15 years and has had training on providing excellent customer service with a smile that can be heard over the phone. Adriana joined us at corporate headquarters in April 2019 and is right at home with us as our Franchise Liaison.

Adriana loves to spend time with her daughter, family and friends. She enjoys photography, movies and bringing joy and lots of laughter into her life with a bottle of wine.

Matt graduated from Collins College at Cal Poly Pomona with a degree in Hospitality Management. He has a passion for customer service, and helping people succeed. Matt joined us at The Wine Tailor in 2008 – originally working behind the bar and ultimately working his way up to wine production. In 2013 he was promoted to Head Winemaker and ultimately promoted to Cellar Master. Matt oversees all winemaking at our production facility, as well as winemaking training and standards for our winery locations.

Matt grew up in the area. He has achieved a Sommelier Certification and participates in the annual wine judging contest for one of the most prestigious wine competitions in the world: The Los Angeles International Wine And Spirits Competition. He loves cooking, old movies and remembering irrelevant trivia.

Mark has decades of experience managing small and medium size businesses. He founded his own silkscreen and embroidery company as well as working for his family’s grocery business. Mark’s role at Waters Edge Wineries is to oversee the site selection, lease negotiations and assist with the permit process to get the winery constructed as efficiently as possible. Mark also oversees our winemaking operations and inventory management at our headquarters location.

Mark grew up in the Inland Empire and he is well known in many of the local charity and business circles. Mark loves our LA sports teams, including the Dodgers and the Kings as well as his favorite university – USC. He has 3 daughters and 1 son as well as a new grandson.

Angela created the model for guest service at our winery. She is relentless on making sure that every guests’ experience is as flawless as possible – and when it isn’t we do all we can to make up for it. She helped manage and operate the front end of The Wine Tailor. Angela is currently the main contact once someone joins The Waters Edge family to help them manage their opening checklist, solve issues during the opening process, and also manages all the ordering of product for our wineries.

Angela grew up (mostly) in Round Rock, Texas and then moved to California in 1990 where she met Ken. She graduated from the University of LaVerne in 1998. Before founding The Wine Tailor, she acquired her Broker license and became a partner in a property management business. Angela managed over 200 residential properties. This experience gave her the skills to help successfully manage business relationships and provide outstanding customer service that exceeds expectations.

Angela is an avid scrapbooking fan and loves to spend time at home with her rescue dogs and her family – and yes, in that order of preference!